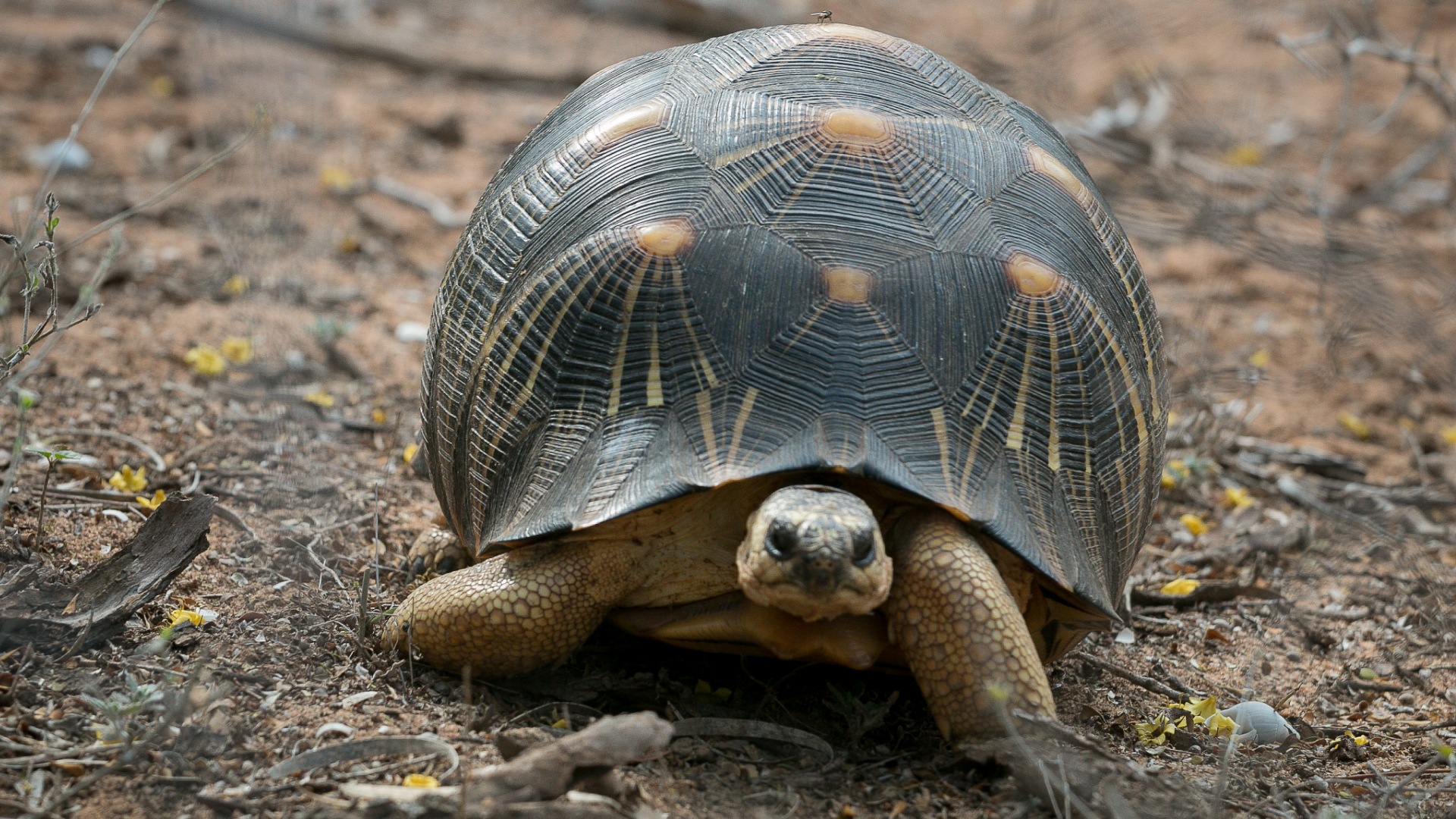 Solar Power Protects Endangered Tortoises – With openings in the fence and improved growth of plants vital for tortoise survival, solar farms in Nevada can provide better habitat than the surrounding desert. First Solar has found similar habitat gains in California.

Plants vital to desert tortoises thrive better on the site than outside the fence. Desert tortoises are roaming a 15 MW community solar farm owned by the Valley Electric Association in Nevada thanks to fence openings made by Bombard Renewable Energy.

The plants which desert tortoises need are growing well in the fenced project area. Creosote plants which provide cover continued to grow inside the fence last winter despite being inactive outside the project, as shown by a research project led by Dale Devitt, a soil and water scientist at the University of Nevada, Las Vegas.

Juvenile tortoises depend on plant cover to hide from predators and animals of all ages may use them for shade, said Jennifer Wilkening, a U.S. Fish and Wildlife Service biologist who oversees the project’s habitat protection plan. Researchers began flora studies by planting 90 nursery seedlings of cover plants on the solar site and watering them for three months.

“It appears the solar facility is altering the microclimate and surface hydrology in ways that are currently extremely beneficial to both creosote and bursage, compared to the unaltered habitat that surrounds the facility,” Devitt said in a Valley Electric Association annual report on the habitat conservation plan for the site.

Creosote and bursage “provide the majority of cover for the smaller animal life,” he said.

Although the research team is not measuring the growth of herbaceous plants, grasses, and cacti – which Wilkening said are the primary food sources for tortoises – the plants have grown in areas unshaded by panels.

The fixed-tilt PV panels were placed with the lower edge 18in higher off the ground than the industry standard to enable more vegetation to grow, noted the Fish and Wildlife Service.

Devitt told pv magazine: “Although it is still early in the study, the preliminary results demonstrate that conditions inside the solar facility are less stressful on the plants, with both creosote and bursage staying active year-round.

We believe the results demonstrate that a paradigm shift is needed in terms of how solar facilities are installed. Installations should be designed not only from an engineering perspective but a biological perspective as well.”

Tracking transmitters placed on four tortoises at the site before construction showed the animals were on either side of the fence on numerous occasions. Of the four, an adult male and female were last located together in a burrow while a ‘sub-adult’ migrated five miles away and is no longer tracked. A juvenile tortoise died of natural causes.

The tortoise-sized fence openings are 10in wide by 7in and spaced around every 260ft. The dimensions were based on “how far tortoises have been known to walk along a fence line in the past, looking for an opening,” said Wilkening. The Valley Electric Association on its website notes additional measures it has taken to protect tortoises and their habitat:

Desert tortoises are listed as threatened and protected under the Endangered Species Act. To develop a solar project on private land containing a protected species a company must file a habitat conservation plan with the Fish and Wildlife Service.

The desert tortoise, the service said, “is a long-lived, plant-eating reptile with a relatively low reproductive rate. Desert tortoises construct burrows and maintain their body temperature by spending most of their lives within them to avoid extreme temperatures.”