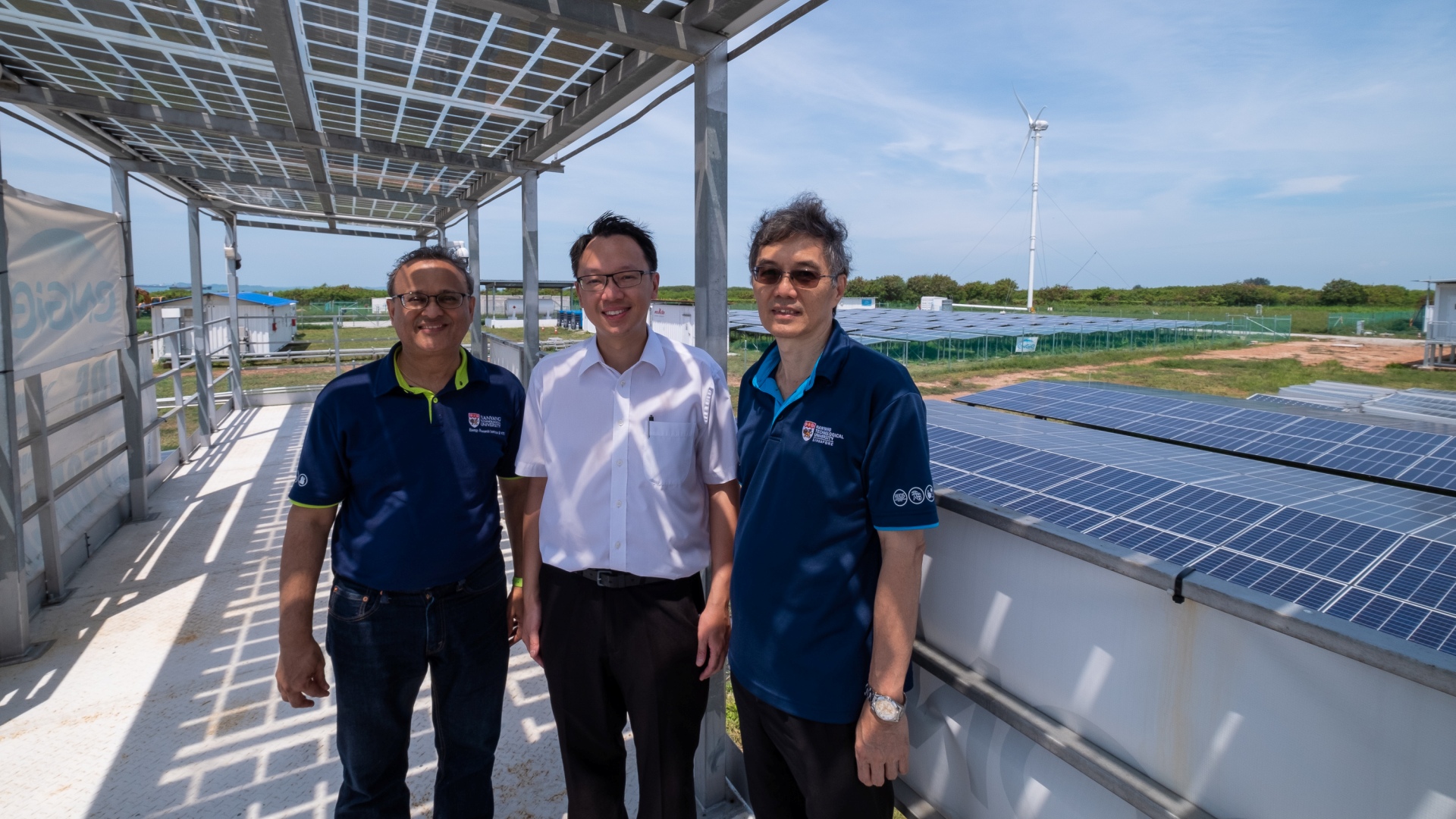 Double Sided Solar Panels That Track Sunlight: The concepts of both solar panels that track the sun and double-sided solar panel arrays have existed independently before now, but researchers have looked at the benefits of combining them for the first time.

A team from the Solar Energy Research Institute of Singapore lead by Carlos Rodríguez-Gallegos discovered that panels with photovoltaic cells on both sides that could also tilt to follow the sun would produce 35 percent more energy and reduce the average cost of electricity by 16 percent.

At present, solar panels around the world are predominantly installed with a fixed orientation and capture light only from one side. This means they are dependent on the sun’s position in the sky and are only able to convert about 22 percent of the light they absorb into energy.

In a new study published in the journal Joule, Rodríguez-Gallegos and his team suggest using doubled-side photovoltaic panels that can also track the sun, to boost their efficiency even further.

The goal for any solar panel is to absorb as much energy from the sun as possible, Rodríguez-Gallegos said in a statement. The advantage of using two-sided solar panels is that they can also absorb energy that is reflected by the ground onto their rear side.

While there are a number of pioneering breakthroughs currently being made in solar technology, this innovation is extremely simple. The team analyzed energy generated by different solar panel configurations and together with data from NASA’s Clouds and the Earth’s Radiant Energy System and field data on global sunlight patterns from three different institutes.

The two-sided panels can capture sunlight not just from their sun-facing sides, but also light reflected off the ground onto the underside. A global position system would simultaneously allow them to tilt on an axis to always be pointed at an optimal angle to catch the sun’s rays.

According to the new paper, “A tracking setup increases energy production by moving a PV module over the course of a day, so that it always faces the sun. Bifacial modules use special solar cells and a transparent cover to collect light not only from the front but also from the rear.”

Despite both bifacial solar panels and tracking panels being currently available for commercial use, models that combine the two features aren’t. For instance, JP Morgan Chase has completed a 2.8 MW rooftop bifacial solar panel installation on their Columbus, Ohio location that provides 18 percent of the site’s electricity usage.

However, the solar market is growing with more and more commercial businesses and homeowners committing to using panels. And this is only going to increase as climate change continues to warm the Earth and our dependence on fossil fuels gradually lessons.

The new study confirms that their widespread use will eventually have significant economic and energy advantages.

“This means that investing in bifacial and tracking systems should be a safe bet for the foreseeable future,” Rodríguez-Gallegos said.