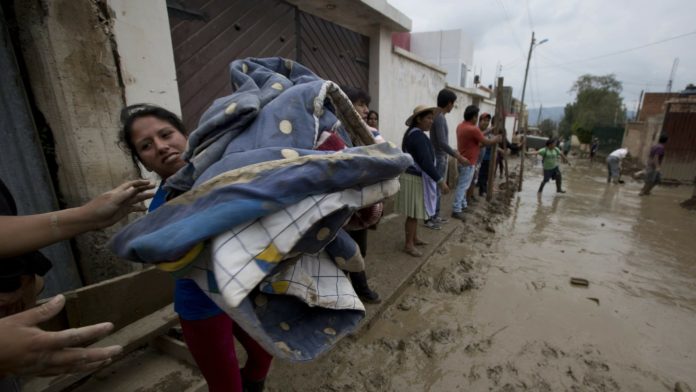 Several developing countries, such as Bolivia, Mozambique, and Vietnam, produce fossil fuels, but at volumes that mean they are relatively less dependent on such production.

Many have sizeable fossil fuel resources that have not yet been exploited. These resources are often seen, at least by some actors within the country, as central to their development pathway.

They may be seen as especially promising for those countries confronted by severe energy poverty and other human development needs that are compounded by the COVID-19 pandemic and its associated economic downturn.

In this context, an important question facing these countries is whether to further expand domestic fossil fuel extraction as they seek to industrialize, strengthen their economies, and increase their energy security.

Ghana’s Petroleum Revenue Management Act, for instance, foresees revenues being invested in areas such as health, roads, education, and sanitation.

In Angola, revenue from hydrocarbons will be going towards infrastructural development and other budgetary lines related to health and education.

Mozambique anticipates that natural resources revenue will supply roughly half of its health financing.

Extraction can indeed result in some anticipated development benefits, but these are by no means assured, nor is it guaranteed that adverse impacts will be modest and manageable.

The extraction and processing of coal, oil, and gas can deepen existing inequities and is often associated with human rights violations and local ecological damage.

The Oil, Gas, and Mining Unit of the World Bank has examined how the fossil fuel extraction industry contributes to gender gaps in the distribution of assets and risks and noted that “oil revenues dramatically multiply the inequality gaps in their society… especially between the sexes”.

In countries where conflict is rife and institutions of governance are fragile, it is particularly challenging to develop natural resources in a way that benefits social development.

In many countries, it can yield the opposite results, prolonging conflict, fueling corruption, and further marginalizing disenfranchised communities.

An extensive body of literature has examined the circumstances under which fossil fuel exploitation unfolds as a resource blessing or a “resource curse” a term that reflects the fact that many resource-rich countries may experience worse development and economic growth outcomes than countries with fewer natural resources.

Furthermore, the mere discovery of reserves can create a “presource curse” by leading countries to engage in imprudent borrowing and contracts.

Mozambique — where government revenues from discovered offshore gas reserves will not materialize until the 2030s — is already showing the effects of a presource curse.

Notably, one lesson from the literature is that better outcomes are generally achieved when resource development proceeds more slowly, taking time to build institutional knowledge, local capacity, and mechanisms of good governance, as was the case in Norway.

However, proceeding slowly also has problems as a strategy for fossil fuel development. The limits to future extraction implied by the Paris Agreement combined with competition from rapidly advancing renewable energy technologies, are changing the market outlook for coal, oil, and gas.

In this context, extractive projects, which typically have a 30- or 40-year time horizon, may well leave a legacy of stranded assets and unmet liabilities.

While some European producers are already beginning to take this into account by adjusting their future price assumptions and bringing greater caution to new investments, stranded assets are often not on the policy radar of government planners in the developing world.

The risks associated with stranded assets may be even higher in developing countries where large multinationals control fossil fuel extraction, where weaker institutions are ill-equipped to negotiate contracts that meet development needs, and where fossil fuel assets and rents benefit an elite associated with the oil economy.

In Africa, for instance, only six of the 500+ oil and gas companies are African-owned.

Trading relations are often uneven, and investors may threaten litigation in countries where governance and institutions are poor, effectively socializing risks and privatizing profits.

Furthermore, sub-national governments and local communities often have no say in the negotiation of contracts, yet bear the greatest consequences of extraction-related pollution and health impacts, as well as face the potential stranding of economic and social capacity when export markets decline, deposits are depleted, and/or multinational companies move out.