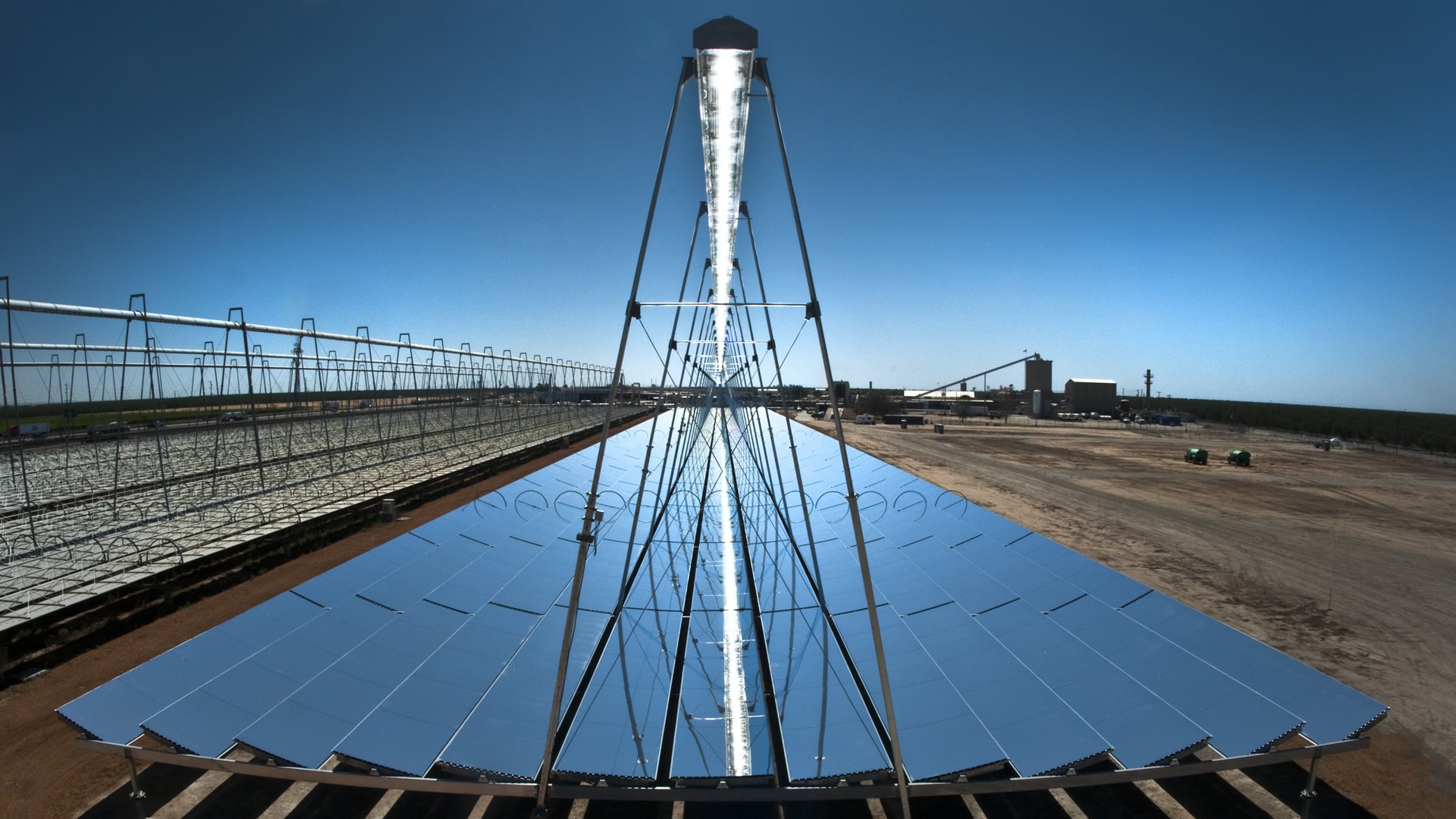 The Department of Energy or DOE has issued a formal request for information on methods to allow concentrated solar power (CSP) to commercially deploy as cost-competitive energy storage by generating electricity through turbines running on supercritical carbon dioxide, rather than the steam-driven generators used in many existing CSP facilities.

CSP has struggled to compete with photovoltaic solar due to high costs, but the DOE’s efforts are part of a larger push to make CSP work as solar energy that is available “on demand” and can store energy in the form of heat, as opposed to PV solar which is intermittent and depends upon separate systems like lithium-ion batteries in order to store energy for later use.

Separately, the Bill Gates-funded startup Heliogen recently unveiled a CSP technology the company claims can allow solar energy to replace fossil fuels as a source of thermal energy for industrial processes used by the cement, petrochemical and other industries.

The DOE wants information from industry, academia, laboratories and other stakeholders on “accelerating the commercialization of [supercritical carbon dioxide] power cycles that are appropriate for near-term integration with [CSP]” with a focus on “near-term commercial deployment,” according to a notice published in the Nov. 19 Federal Register.

Concentrated Solar Power Technology, in which a field of mirrors concentrate the sun’s rays onto a central point like a “power tower” to generate tremendous amounts of heat, can be paired with insulated tanks that absorb the thermal energy. Like a battery, that energy can be deployed at a later time, including at night when there is no PV solar energy.

Many currently-operating CSP projects, such as the nearly-400 MW Ivanpah project that sprawls over 3,500 acres in Southern California, generate electricity by using the thermal energy to produce steam that drives a turbine.

But researchers and R&D companies like Brayton Energy are seeking to harness the Brayton power cycle, the basic concept that underlies gas-driven engines like the jet engine, to turn heat into electricity by heating up CO2 to drive a gas turbine.

CSP has been a minor player in the renewable energy industry compared to PV solar for years, with some in the industry viewing it as too cumbersome and expensive to deploy. The CO2 power cycle could be a solution to that problem for CSP, according to the DOE.

DOE considers “integration with high-efficiency, low-cost power cycles” to be “a key element” for lowering the costs of energy from CSP, the department said in the Federal Register notice.

“Turbines and heat exchangers for [supercritical CO2) are predicted to have significantly lower capital costs than equivalent steam-cycle components due to their compact footprint stemming from the higher energy density of the supercritical fluid,” the DOE notice said.

The fact that the process does not use steam could also make CSP more viable in locations where there are limits on water consumption.

In 2018, the DOE awarded $27.7 million in funding for projects related to long-term energy storage, including $2.7 million for the National Renewable Energy Laboratory to work on low-cost thermal energy storage systems that utilize closed-loop Brayton cycle turbines and $1.99 million to Brayton Energy.

With the aid of competitive grants from the DOE issued since 2010, the New Hampshire-based Brayton Energy has been developing the solar receiver and energy storage subsystem for a prospective CSP plant that would use the Brayton power cycle.