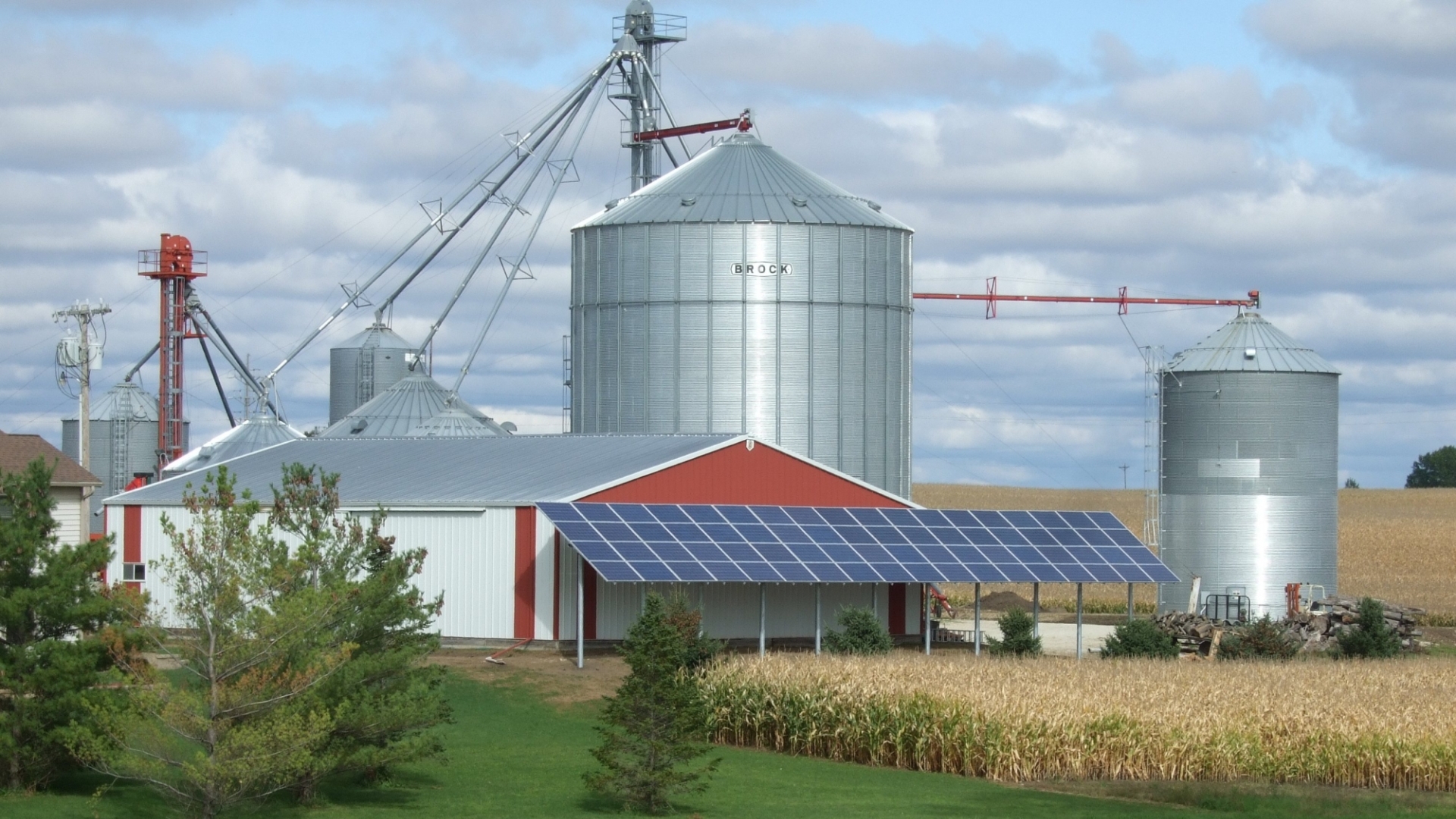 Visions of a solar-powered society often conjure up images of vast stretches of otherwise unused desert wastes, covered with fields of photovoltaic (PV) panels harvesting solar photons to power distant urban centers. But a U.S.-based team of engineers thinks that we all may be looking for our solar future in the wrong place.

Instead, the team—including researchers from Oregon State University (OSU), the University of Utah, and the private firm Carollo Engineers—has calculated that the biggest potential for photovoltaics lies not in sun-soaked deserts, but over cropland.

The researchers calculate that even less than 1% of agricultural land, converted to what they term a dual-use, “agrivoltaic” system, could fully offset global energy demand. And a large part of the reason is simple: Solar panels, it appears, are just happier on the farm.

The impact of microclimate

In the photovoltaic lab, developers often concentrate on a few figures of merit—in particular, power-conversion efficiency, the amount of electrical energy from a given amount of incident light.

But the authors of the new study, led by Chad Higgins of OSU, note that in the real world, a host of other factors such as air temperature, relative humidity and even wind can affect the efficiency of solar panels, as measured in watts per square meter of panel.

The impact of these environmental factors—which collectively determine the “microclimate” experienced by the solar panel—is qualitatively easy to understand. Wind speed and air temperature, for example, help determine the amount of convective heat transport around the panel, and thus its operating temperature.

Relative humidity, meanwhile, affects the longwave radiation budget, and thus the incoming spectrum of solar radiation, experienced by the panel.

The researchers then ground-truthed the model by collecting data on variations in incoming solar radiation and climate variables, at one-minute intervals, over the course of two years at a nearby photovoltaic facility, and tying the data to energy-production readings from the solar array.

With the model validated, the team next applied it to global data on solar radiation, temperature, wind speed and humidity, to obtain maps of mean solar PV efficiency and power potential. Then, the researchers used data from NASA’s Moderate Resolution Imaging Spectrometer (MODIS) to determine the land-cover types corresponding to the hot spots on the map.

The analysis suggested that the top three land classes for solar power productivity are cropland, grasslands and permanent wetlands—with barren lands, usually the priority for large solar installations, only fifth on the list.

The researchers believe that the notion that cropland would have strong characteristics for solar energy harvesting is not too surprising—since, in some sense, farmers have already selected for the best places to do just that.

“It turns out that 8,000 years ago,” team leader Higgins noted in a press release accompanying the study, “farmers found the best places to harvest solar energy on Earth.”

But co-locating the panels with agricultural land could also have benefits tied to the microclimate factors beyond just incoming solar photons that affect panel efficiency. “Solar panels are just like people and the weather,” said Higgins. “They are happier when it’s cool and breezy and dry.”

Taking all of this into account, the researchers advocate an “agrivoltaic” system, in which a share of cropland is given over to solar energy production.

Using their maps and models, the team calculates that the world’s entire demand for energy—21 petawatt-hours—could be offset if less than 1% of existing agricultural land were given over to solar panels (given a median power potential of 28 W/m2 for suitable agriculturally located PV panels).

Even that small share might prompt some to worry about competition for land use between food and energy production. But Higgins and his team believe that it does not need to be a zero-sum game.

In particular, the authors note in the paper, it’s been shown that selected crops—ranging from tomatoes and lettuce to pasture grass—can still be grown productively in the “intermittent shade” cast by carefully sited PV installations within cropland areas. And for some crops, early work suggests, yields can even increase beneath the solar panels, in an agrivoltaic system.